- October 24, 2010
For years, I have been contemplating on the fusion of lore and history of the Janam-Sakhis. 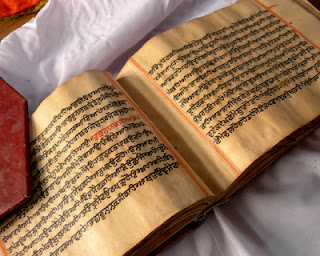 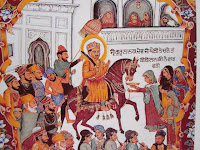 Janam-Sakhis are the earliest narrative on the life of Guru Nanak and his travels, they weave history, mythology and imaginative fiction so skillfully and intricately that many a child is totally enthralled, and a thinking adult like me are almost equally baffled by the mystique. …..Literally taken a ‘Janam-Sakhis’ means… life story made up of parables on the Guru's life, each consisting of a series of separate incidents or chapters normally in chronological order, entitled sakhis or gosts. The script for the Janam-Sakhis is Gurmukhi, but the language was a composite dialect called ‘Sant Bhasa’ akin to Punjabi.
The earliest known Janam-Sakhi was written in 1658; 120 years after the death of Guru Nanak Dev…. Hence facts concerning Guru Nanak Dev Ji’s life are diverse and mixed…..with each chronicler adding and altering to the convenience of times that were. The Guru Granth Sahib does contain several compositions by Guru Nanak Dev Ji, despite that it provides little information about the Guru himself. Only the Babur Bani written by Guru Nanak Dev Ji himself indicates that he was witness to the devastation caused by Babur….This pointed to  Guru Nanak’s presence  in the Punjab at the time of Baburs pillage of Saidpur.
There are some incredible stories in the Janam-Sakhis that defy all logic and commonsense. Yet, they are a critical window to a certain time in history - its people and their culture. They continue to remain a vitally important nugget of information, though some say that they are not always reliable, resource of Sikh history.
Analytically let us consider for a moment that even if these are just a lot of made up stories, then…..

o    How is there a Gurdwara Nanak Shahi in Dhaka?

o    Why is there a Gurdwara Pathar Sahib in Ladakh?

o    Or a Panja Sahib in Pakistan?

o    Why are there inscriptions recording the visits of Guru Nanak in Sriranga Temple in Tamil Nadu and at Rameswaram?

o    Or a 16th century inscription at Kandy in Sri Lanka records that “Nanaka-charya came to Sinhaladwipa and at the instance of the king spoke with the priests”. Nanaka-charya sounds a lot like Guru Nanak

o    The Guru’s visit is also recorded on an inscription in Baghdad.


Then there are people the Guru is said to have met during his travels. How do we account for that, for these persons are mentioned in other historical records as well: 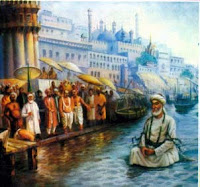 These compositions have been written at various stages after the demise of the first Guru. They all record miraculous acts and supernatural conversations. Many of them contradict each other on material points and some have obviously been touched up to advance the claims of one or the other branches of the Guru's family, or to exaggerate the roles of certain disciples. Macauliffe compares the manipulation of Janam Sakhs to the way gospels were also manipulated in the early Christian Church: 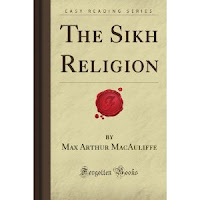 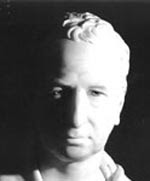 Puratan
The term Puratan Janam-Sakhis means ancient Janam-Sakhis and is generally used with reference to the composite work which was compiled by Bhai Vir Singh and first published in 1926. Of the still existing copies of the Puratan Janam-Sakhis the two most important were the Colebrooke and Hafizabad versions. The first of these was discovered in 1872, this was a hand written manuscript by Bhai Sewa Das and had been donated to the library of the east India company by H.T. Colebrooke and is accordingly known as the Colebrooke or Vailaitwali Janamsakhi. Although there is no date on it the manuscript points to around 1635.
A renowned Sikh scholar, Gurmukh Singh of the Oriental College, Lahore, found another Janam Sakhi at Hafizabad which was very similar to that found by Colebrook. Gurmukh Singh who was collaborating with Mr.Macauliffe in his research on Sikh religion, who had it published in November 1885. The Hafizabad janam sakhi is a copy of Vailaitwali work. 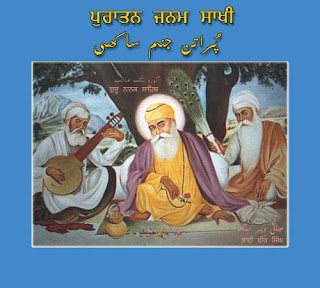 Meharban
The Meharban Janam Sakhi is named for Sodhi Meharban, who was closely associated with the Mina sect and the Minas were very hostile towards the Gurus around the period of Guru Arjan Dev. The Minas were the followers of Prithi Chand, eldest son of Guru Ram Das. Guru Ram Das chose his younger son Guru Arjun Dev to succeed. The Mina sect gradually disappeared.
Of all the manuscripts this is probably the most neglected as it has acquired a disagreeable reputation.

Bhai Bala
In contrast, the Bhai Bala janamsakhi had an immense influence over determining what is generally accepted as the authoritative account of Guru Nanak Dev’s life. This work concentrates on the Guru’s udasis and it became very popular. The writer claims to be Bala Sandhu, and the Guru’s companion on the long journeys, he also says that Guru Angad asked him to write the stories in Samvrat 1592.
But there are reasons for ambiguity …….Guru Angad, who is said to have commissioned the work and was also a close companion of the Guru in his later years, was, according to Bala's own admission, ignorant of the existence of Bala.
The problem with this Janam Sakhi is that the language used was not spoken at the time of Guru Nanak or Guru Angad, but was developed at least a hundred years later; at several places,expressions like “Waheguru ji ki Fateh” are used, but these came in only during the time of Guru Gobind Singh (1666-1708). All this makes scholars believe that the Bhai Bala janam sakhi was written in the early part of the 18th century.

At a recent auction of Indian antiques in London, a single leaf of an 18th century Janam-Sakhi was sold for £390 (about Rs 33,450).A complete janam sakhi manuscript would have at least 150 pages. If each page were of similar quality, that would make the entire manuscript worth Rs 50.17
lakh.

In 2006 in an auction of Indian antiques in London, a single leaf of an 18th century Janam Sakhi was sold for £390 (about Rs 33,450).
A complete Janam Sakhi manuscript would have at least 150 pages. If each page were of similar quality, that would make the entire manuscript worth Rs 50.17 lakh.
Our Gurus Punjab & Punjabiyat Stories to Tell