Showing posts from 2012
Show all

WHO IS SANTA CLAUS? Ho Ho Ho!!! For all the kids’ world over Santa Claus is real…. But let me share a story with you that he was really real…. And this is the true story of Santa Claus. Santa Claus , is also known as  Saint Nicholas, is  called Kris Kringle as well, or we could simply call him "Santa". He is a  lovable figure  in the western world and is said to bring   gifts   to the homes of the good children on Christmas eve. By 1920 Santa Claus was generally depicted as a plump, jolly, white-bearded man wearing a red coat with white fur-trimmed collar and cuffs, white-cuffed red trousers, and black leather belt and boots— This is Santa of the 20 th  century brought to life by works of popular illustrators….And this how we picture Santa today, living at The North Pole north, in a land of everlasting snow…. With his wife  Mrs Claus , and a large number of  magical elves , and at least eight or nine  reindeers. Wake up Santa.....The Sleigh is rea
Post a Comment
Read more 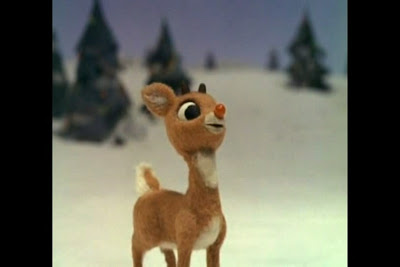 EVERY CHILD’S FANTASY... Who was Rudolph? We all know that Rudolph is the endearing little red-nosed reindeer, with nose shining so bright that he has been guiding Santa’s sleigh through snow and blizzard for many many decades.  Rudolph is the Ninth Reindeer ..... The most famous reindeer of all....he was ‘born’ many decades after his eight flying mates. The legend goes that many years ago the Christmas that year would have become a void if Santa had not found a way to guide his sleigh through a fierce blizzard. Fortunately for him, there was Rudolph the Red-Nosed Reindeer. Rudolph becomes a hero when he guides Santa through the storm with help of his red glowing nose to deliver Christmas presents to children all over the world. Who invented Rudolf? All children like to believe that Rudolph was born at the North Pole. Well, I did as a little boy... And that was a long long time ago. I was born in British India, what we popularly call ‘The Raj’..... Ch
1 comment
Read more

Guru Nanak - The founder of Sikhism

Guru Nanak Could we really call Guru Nanak the founder of Sikhism... The origin of the word  is  that a  founder  originally meant a person who forges steel; similarly, the  founder  of a company  is  forging the new entity.   Well, he did  carry a new message to preach and to foster and found a new entity, in the much distraught world, brought a new message for mankind, He  was known for his political, social and spiritual beliefs which were based on love, equality, fraternity and virtue Guru Nanak (1469-1539) was one of the greatest religious innovators of all time and the founder of the Sikh religion. Guru Nanak's birthday is celebrated by Sikhs on April 14th by the Nanakshahi Calendar. (The date according to the lunar calendar changes annually but is usually in November.) Nanak's religious ideas draw on both Hindu and Islamic thought but are far more than just a synthesis. Nanak was an original spiritual thinker and expressed his though
Post a Comment
Read more
More posts
Visit profile