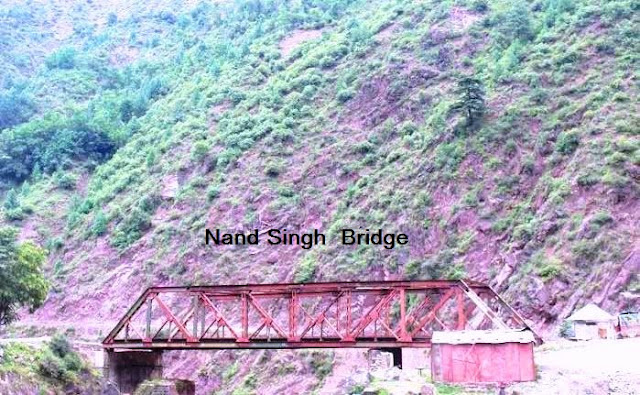 If
If one tries to think about history, it seems to me - it's like looking at a range of mountains. And the first time you see them, they look one way. But then time changes, the pattern of light shifts. Maybe you've moved slightly, your perspective has changed. The mountains are the same...
but they look very different.- Richard Harris
It was in the summer of 1967/68 that my mother and I first came to Kashmir valley. My father was stationed at Baramulla, on the banks of Jhelum River, a little outside of Srinagar.
Baramulla was even then, an important military town sitting astride the Uri- Srinagar Road, which along with its travelling companion, the Jhelum river crossed over to POK a little ahead at Uri.
Twenty years ago bloody history of rape and loot had been taken place on this road….
But to ­me the scars of the humanitarian crisis were not perceptible.
Perhaps my teen years could not perceive.
Once again it was summer, but it was summer of 1975, and as an adventurous wife of a young Army Major, I came back again; I was visiting my husband on his tour of duty in J&K.
It was then, that I began to delve into the story of the scars of land and people after I started reading the book ‘Slender was the Thread’ by Gen LP Sen. It was about the Kashmir cauldron of 1947-8 with an unforgettable story to tell.
Hence my meanders in the valley gathered a historical context with places and people.
It may be hard to believe now, but the Kashmir Valley of the seventies was a wonderful
& welcoming place and people were sociable- We were their friends.
I, a young woman in early twenties could freely travel in colourful state roadways buses with locals and their sheep, goats & hens as co-passengers to little-known hamlets and glens.
Unthinkable is it not. 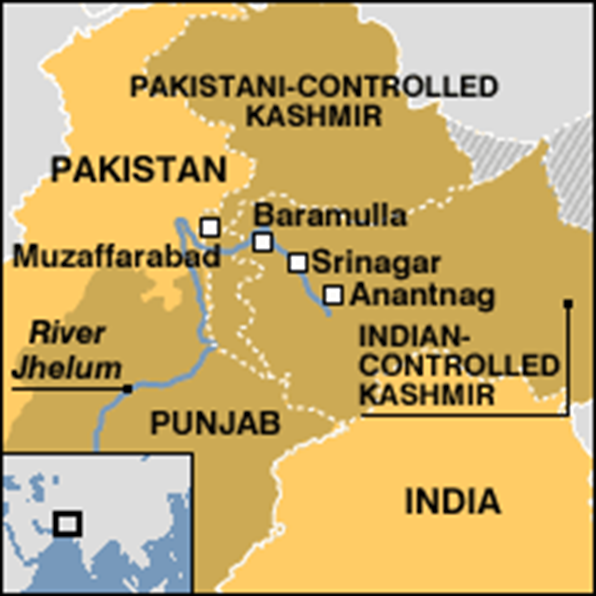 The erstwhile road from ‘Srinagar to Muzaffarabad’, was one such journey I wanted to make but had strict restrictions, as an army spouse.
In the Tribal invasion of 1947 was dotted with landmarks like Mahura Power station,
tNand Singh Bridge, Haji- Pir nullah that had significant perception and strategic value.
Many people may not realise it, but before 1947 the most popular route to travel to Kashmir from the plains of north India was mainly on the Srinagar -Muzaffarabad road along River Jhelum. The all-weather road was developed only about 100 years ago.
On this Jhelum valley road in October 1947, thousands of pro-Pakistan tribal forces staged an invasion of Kashmir, reaching as far as the outskirts of Srinagar
An airlift of Indian troops saved the Kashmir valley for India and pushed the
Raiders, the kabbalis, back down the Jhelum valley. However many brave Indian soldiers and fliers sacrificed their lives. I wonder if there is a Martyr’s Memorial built in their memory.
The ceasefire that ended that first war over Kashmir led to what amounted to a partition of the region which snapped the valley road in two. And it's been closed more-or-less ever since. There are so many ‘ifs’ in the story…If Nehru had not gone to the UN. If only Nehru had listened to Sardar Patel. If only more troops had been assigned to the valley…. The long-term narrative would have changed.
Thus when my husband talked about a trip to Line of Control along with a secure composite group of Army officers families, I jumped at the opportunity. We were permitted to travel on this Jhelum Valley road through the Uri town up to LOC near around Chakothi in POK. We were perilously exposed in the Uri bowl to the Pakistani posts sitting atop the peaks around the bowl.
It was no fancy sightseeing trip…Security concerns necessitated that our luxury coach is an army 3 Tonner so that we seem to be another routine supply vehicle. However in deference of being ‘The lady wives’, the truck had gaddas and bolsters.
In the previous post, we paid a tribute to Naib Subedar Nand Singh VC, MVC of Sikh Regiment. On 12 December 1947 Nand Singh led his platoon of D Coy in a desperate but successful attack to extricate his battalion from an ambush in the hills SE of Uri in Kashmir. He was mortally injured by a close-quarters machine-gun burst, and posthumously awarded the MVC, the second-highest Indian decoration for battlefield gallantry. This makes Nand Singh unique in the annals of VC winners.
The Pakistanis recognised Nand Singh because of his VC ribbon. His body was taken Muzaffarabad where it was tied spread-eagled on a truck and paraded through the city with a loudspeaker proclaiming that this would be the fate of every Indian VC. The soldier’s body was later thrown into a garbage dump and was never recovered.
Historic Nand Singh Bridge is located at Haji Pir nullah close to Uri. This is a vital bridge on the Jhelum Valley The road which used to connect the valley with Muzaffarabad now in PoK. Haji Pir is the famous strategic pass which connects Poonch with Uri. In 1965 war with Pakistan, our valiant troops had fought and wrested the perilous Haji Pir pass from the hands of Pakistan. But as a result of the Shimla Agreement, we had to return it to Pakistan in exchange for some posts elsewhere on Indo-Pak border.
Sadly, such is the political persuasions – What gains soldiers make through blood and
valour on perilous terrains is bartered away sitting across the table.
Sometime in the now..... 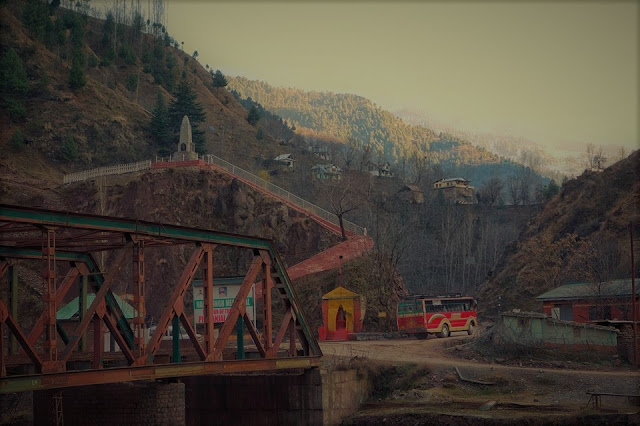 Stories to Tell Walk Down the Memory Lane