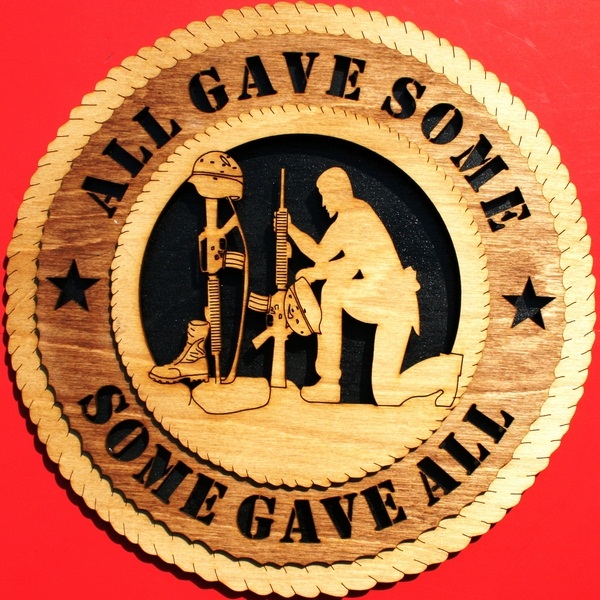 I am a soldier, albeit an older set to pasture kind…..I think they have a word for us, they call us ‘veterans’. There is another figure of speech often used when we approach retirement ….Hang our Boots. This is not real, for a soldier never hangs his boots. He cannot, even if he wants to, for soldiering is a way of life for him…..at best he slips  gradually into being a veteran soldier. 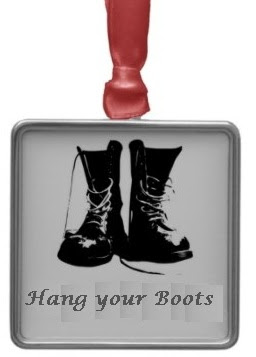 Most of us know what the words Loyalty, Duty, Respect, Selfless Service, Honor, Integrity, and Personal Courage mean.


But how often do you see someone actually live up to them?

Soldiers learn these values in detail early in Training, and from then on they live them every day in everything they do — whether they’re on the job or off. This is what being a Soldier is all about and these were emblazoned as a code of reference set by Guru Gobind Singh a soldier par- excellence. 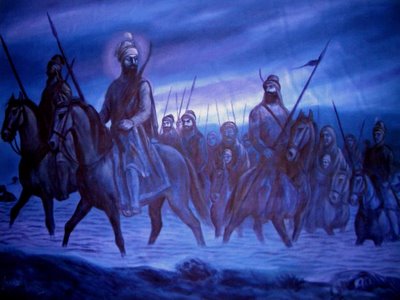 The persona of Guru Gobind Singh is a rare phenomenon …It is a unique combination of many qualities.
A handsome figure with a kind of a devil may care cavalier attitude, a trifle drawn towards adventure of chase and danger;
A tactical and fearless soldier yet a pious Saint who dedicated his life to fighting tyranny;
A leader yet a follower who looked upon his people as his comrades and equals
A sophisticated aesthete…. Master of languages …A remarkable Poet with an exceptional command over the Languages. 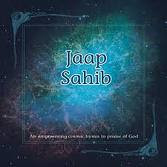 Guru Gobind Singh's- Jaap Sahib -Has been declared by religious experts all over the world as the only religious text to have been written in multiple language combo -Braj, Sanskrit, Persian, Gurmukhi etc. Some phrases and lines are in Sanskrit and some in Persian so on and so forth.

In all his 42 years of life, Guru Gobind Singh, lived his life just as he enlightened others to do so ….What he preached and practiced were in total sync with each other. Now, this is a lesson that, ‘We the Sikhs’, The Khalsa can not only imbibe but retain from our history…Here as per the perspective of his teachings ,the usage of the word ‘Sikh’ here is a disciple and ‘Khalsa’ is pure.
The core of his teaching was simple, that is to live a life of dignity and if death came then so be it, but with dignity – and he knew that it could only be taught by example. Mere words would have lost relevance and become hollow with time.
Guru Gobind Singh’s foundation of the Khalsa Panth was an exemplary act of conviction filled with passionate fervour. 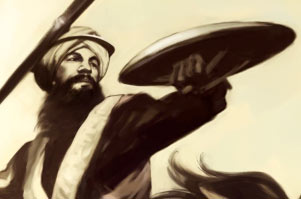 Guru Gobind Singh was a patriot and a skillful soldier and a General. He created a dynamic, fearless and honest realm out of rag a tag people at the fringes of society to become the greatest fighters India has ever known. Pathans, Persians, Afghans and Baluchis of the North West Frontier region who had for centuries invaded India, terrified, massacred and looted our ancestors, were beaten back to their homelands by this new creed of soldiers of Guru Gobind Singh.
Thus he redeemed his pledge that:
Sudra se sardar sajaon, Chirion se meh Baaj taraon,
Sava laakh se ek laraon,Tabhi Gobind Singh naam Kahaon -

Till date, his ideas and values are considered contemporary, and continue to be significant.

He was fully aware of the fact that the teachings of the first five Gurus and the Guru Granth Sahib were pacifists in temperament. However, the era and times were such that he came to be of firm belief that truth and goodness cannot be allowed to suffer and be annihilated at the hands of deception and evil. 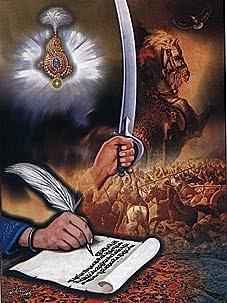 In keeping with the need of the hour he introduced the religious ritual in the worship of arms and even described the sword, the spear and the musket as ‘the pirs’ – the spiritual mentors. Nonetheless, his taking to arms was entirely circumstantial and only as the
……. ‘Righter of wrongs’.

The Guru never gave credence to the theory of might is right.

The Zafarnama, the Epistle of Victory, a Persian composition was penned By Guru Gobind Singh and sent to Emperor Aurangzeb.

He wrote:
“Cu kar az hama hilate dar guzasht halal ast burdan ba shamshir dast”
"When all other means have failed, it is righteous to draw the sword."
While on the topic of using the strength of the sword to get justice for larger humanity, it is momentous to recall that although Guru Gobind Singh dictated the final version of the Guru Granth Sahib, he did not include any of his own compositions exhorting people to rise in arms in the sacred text.
Even though he initiated a crusade against the Mughals, he never allowed the sentiments, even momentarily to become anti Muslim. He was a secular nationalist. His army had both Muslims and Hindus fighting on his side, shoulder to shoulder with his Sikhs….It became a dharma yudh…In this context the dharma was conscience.

"My sword strikes tyrants, not men", he had said.
It was his conviction that all men were of one caste –
"manas ki jat sab ek pacchano"

The non-communal tradition started by Guru Gobind Singh has become a Sikh tradition. This convention continued on through the times of Maharajah Ranjit Singh to exist till present day.Interestingly it was referred in "Discovery of India", by former Prime Minister Pandit Nehru as well. 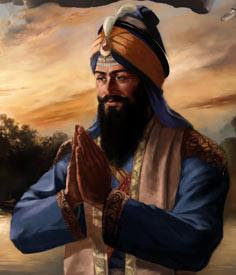 His soldiers were taught to be - The Saint-Soldiers. He forbade his soldiers from looting. He made them take solemn vows that they would never molest women of the enemy…..for they were not common soldiers but -Sant Sipahis.

What an incredible personality he was …
What incredible sense of loyalty and sacrifice the Guru was able to arouse amongst his followers.

Sikh history is studded with exemplary points of reference. Perhaps I can mention a few …The Panj Piyaras, and then there was another group of forty known as ‘chali mukte’.

How was Guru Gobind Singh able to set ablaze this kind of reckless valour in his followers?
Let me narrate an interesting anecdote which is yet another story of absolute allegiance. One day an old woman came to the Guru for help. She told him that her husband and two sons had been killed fighting. All that remained of her family was her youngest son and he was extremely ill. She implored for his for blessings to restore him to health. Nothing new in this plea any mother would plead for her child’s life…..
But this mother had a one and only one exceptional reasoning ….She prayed for his recovery  not to be her support in her in old age - but in order, that this son too  could achieve ‘Shaheedi’ in the battlefield.
This fervor was possible only because one and all knew that concept of ‘Shaheedi’ was enshrined in the Guru’s heart and psyche. He fought alongside his men. He never put his family before his followers. On the contrary, at Chamkaur Sahib, he bid farewell to two of his sons and sent them on to certain death before he allowed any of his Panj Piyaras to do so. 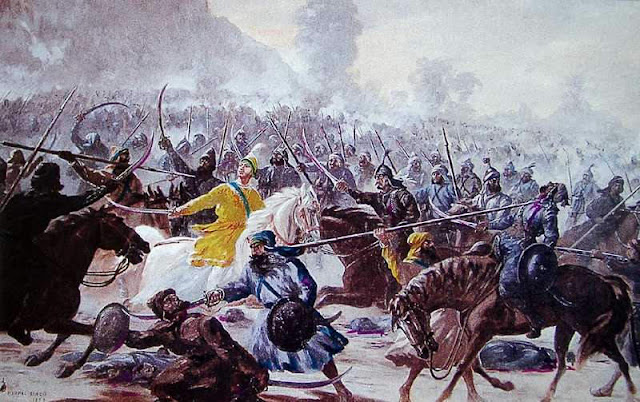 Within a matter of months, he lost all his- four sons: two were killed fighting, the other two, aged nine and seven, were executed by the Governor of Sirhind. His own mother died of grief. When his wife asked him in tears for her four sons, the Guru answered, "What if four be dead; thousands live to continue the battle." 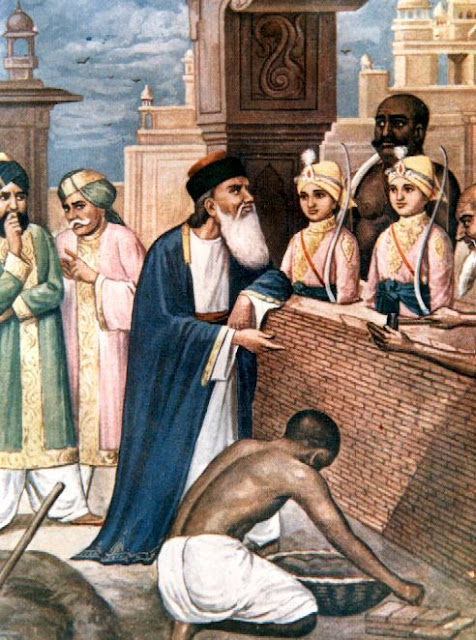 It is said that Guru Gobind Singh neither expressed grief nor shed a single tear over their sacrifice. Rather, he thanked God and thus set an example.

And so, this was the legacy he left to be followed by generations to come.

History is replete with so many examples of courageous deeds of great men. Yet some of them were powerless to take a tough call when faced with a critical situation in their personal lives.

It would be really interesting to know …..At least for record….If there is another who has walked this earth and has voluntarily sacrificed his all for others.

His personal sacrifice was by far and large much greater than he ever asked of others. He had himself inspired his father, Guru Teg Bahadur, to forsake his life for the sake of humanity.

In spite of all said, Guru Gobind Singh never claimed divinity for himself. He denounced those who tried to make him an incarnation of God.
"I was ordained to establish a sect and lay down its rules," he wrote.
"But whosoever regards me as Lord shall be damned and destroyed.
I am - and on this let there be no doubt, I am but a slave to God, as other men are: a beholder of the wonders of creation."
He took no credit for what he did ….. He attributed all achievements to the Khalsa - all his victories, his power, his prestige. This he said was due to the efforts of his “followers”.
In all humility for himself his only beseech was….
Deh Shiva var mohe…………..

O Lord of Thee these boons I ask Let me never
shun a righteous task.
Let me be fearless when I go to battle.

Give me faith that victory will be mine.
Give me power to sing Thy praise,
And when comes the time to end my life,
Let me fall in mighty strife...singing thy praises.
In his life Guru Gobind Singh' showed  on what it is to be completely human and to be a complete man in all of human dimensions - a man for all seasons
Our Gurus Punjab & Punjabiyat